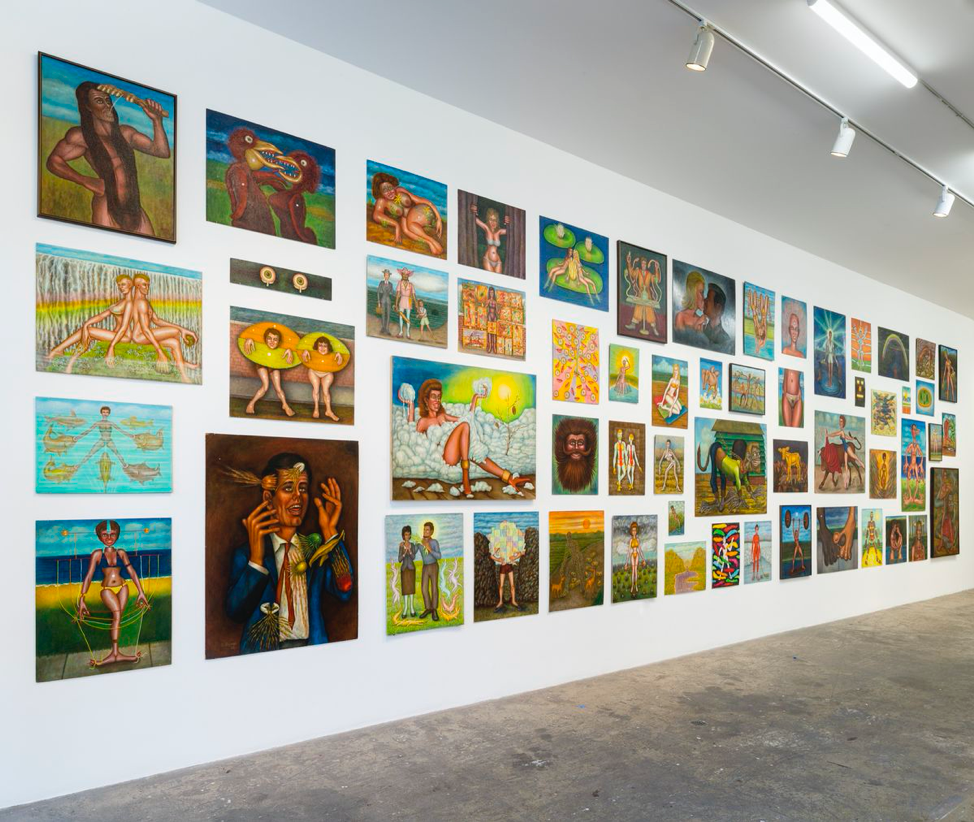 New York has everything for everyone in art field and beyond. If the first part of this article explored more “blue chip” galleries of New York scene, below is overview of places that are go-to destinations for hip, fresh, emerging artists and stars of the contemporary global art scene. Spaces are smaller, but more welcoming. Aura of genuine artistic presence is alive.

You are never bored when you go to Lower East Side, Tribeca, Bushwick spots because more often than not you are going to see a show or an artist you never hear of, but who can make your soul sing. As a living and breathing organism, New York expands, contracts, gentrifies, becomes less or more affordable for art spots in some areas, continuously changing art geography of the space. If once upon a time Chelsea was a home for warehouses and underground art gatherings, now Bushwick serves this function, inviting adventurer art aficionados. In the meantime, Lower East Side and Tribeca galleries function as bridges between glitzy crowds of uptown collectors and fresh visionary currents from Brooklyn.

Canada opened its doors to the public in the small basement space on the Lower East Side in 2000 aiming to showcase less known established artists as well as up-and-coming creators. Founded by artists themselves, Sarah Braman, Suzanne Butler, Phil Grauer, and Wallace Whitney, Canada earned a title of one of New York’s new-generation galleries, unafraid to take risks and follow its own vision. Presenting artists like Joe Bradley, Katherine Bernhardt, Xylor Jane, Matt Connors, and Joanna Malinowska when they are far less known then today. Now the gallery’s portfolio includes an impressive roster of contemporary masters, including Elena Pankova, Lily Ludlow, Tyson Reeder, and many others.

In 2013, Ken Harman Hashimoto, a curator, gallerist and arts writer based in New York City,established an eponymousgalleryopening its first location in San Francisco and the second in New York City a few years later. The gallery’s monthly rotating exhibitions feature a diverse programming with the focus on painting, sculpture, and installation works. Among a manifold of artists, Hashimoto Contemporary represents notable names, like Destiny Belgrave, Crystal Wagner, Denise Stewart-Sanabria, Anna Valdez and many others. In its New York space, through February 6, 2021, the gallery opens a group exhibition “Lush” curated by Jennifer Rizzo, showcasing the works by Rachel Gregor, Lizzie Gill, Gregory Eclide, among the others.

Located on the Lower East Side, JTT gallery was founded in 2021 by Jasmin Tsou when she was twenty-seven years old. JTT’s goal is to provide emerging artists with opportunities in a climate that Tsou described as “scary and intimidating” in the interview with Art Basel. The gallery represents seventeen artists, including eleven creators who had their solo shows in the JTT such as Jamian Juliano-Villani, Dan Herschlein, Becky Kolsrud, Charles Harlan, Anna-Sophie Berger, Borna Sammak, Sable Elyse Smith, and Doreen Garner. The gallery continues to grow and has received significant recognition from the art audience globally.

Originally established in Austin, Texas as Trans-Avant Garde Gallery in 1987, Jack Hanley Gallery grew from a small community of artists, representing the painters like Christopher Wool, Thomas Locher, and Claudia Hart, to an imposing artistic enterprise that continues to stay true to its mission: discovering and fostering emerging contemporary artists. After traveling around the United States for thirty-four years opening and eventually closing his galleries in San Francisco and Los Angeles, Hanley permanently moved to Broome Street in New York City. The gallery proudly represents a portfolio of seventeen artists, including emerging talents like Emma Kohlmann, Danielle Orchard, Nikki Maloof, and many others.

Founded by Scott Ogden in 2016, over its short history, Shrine became an artistic phenomenon located in the Chinatown district. Ogden began his journey as an amateur collector on a low budget in the early 90s back when he was still a college student. Over the years, he accumulated an impressive assembly of artwork and decided to launch an exhibition space based on his passion for outsider and emerging artists. After almost five years, Shine represents twenty-seven multimedia artists that for sure stand out in the densely populated New York City art scene. The roster includes artists such as Hayley Barker, Hawkins Bolden, Kyle Breitenbach, and many other outsider artists.

Miguel Abreu Gallery was among the first adventurous pioneers to open a space on the Lower East Side back in 2006. When Abreu opened his first gallery, his vision was shaped around the world of experimental cinema, influencing him to curate his exhibitions inspired by film sequences. “I try to show art which is conceptually challenging and plastically realized,” Abreu explained his vision behind the gallery in his interview with Art Basel. His impressive artistic collective amasses contemporary artists, photographers, and filmmakers, such as Yuyi Agematsu, Alexander Carver, Pamela Rosenkranz, among many others. The gallery currently has two shows on view, including Jean-Marie Straub e Danièle Huillet, Film e Loro Siti (Films and Their Sites), and Rétrospective Straub-Huillet 1962-2020.

Located on Bowery Street, The Hole is a contemporary art gallery run by Kathy Grayson in 2010. Presenting a solo and group shows every month, the gallery focuses on emerging artists from the United States and abroad. Currently, the Hole’s roster has more than fifteen artists and has exhibited over two hundred more. The list of artists includes Dan Attoe, Cristina Banban, Morgan Blair, Alison Blickle, and many others. The gallery space on Bowery Street measures 3800 sq. ft. of exhibition spacealso contains an attached bookstore featuring unique art products. The most recent show “Blues” from December 2020 was highlighting the work by Alex Gardner, a Long Beach-based painter.

Microscope Gallery is a contemporary art gallery located in Bushwick, Brooklyn. Founded by artists and curators Elle Burchill and Andrea Monti it opened in September 2010. Ever since, the gallery specializes in multimedia work, especially sound, film, digital, and performance art. The gallery’s portfolio includes extraordinary creators, like Katherine Bauer, Sarah Halpern, Marti Kotak, and others. Recently, Microscope showed a solo exhibition highlighting the works by a Los Angeles-based mixed-media artist Matt Town, whose sculpture and video works raise dialogues about and critically question gun culture in the United States. 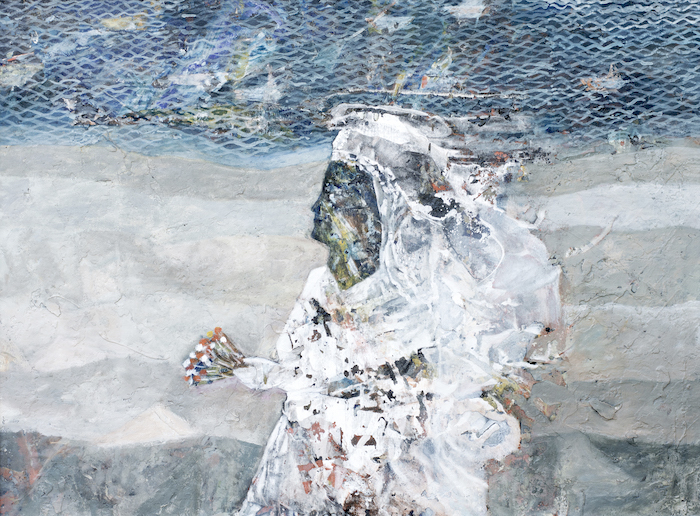 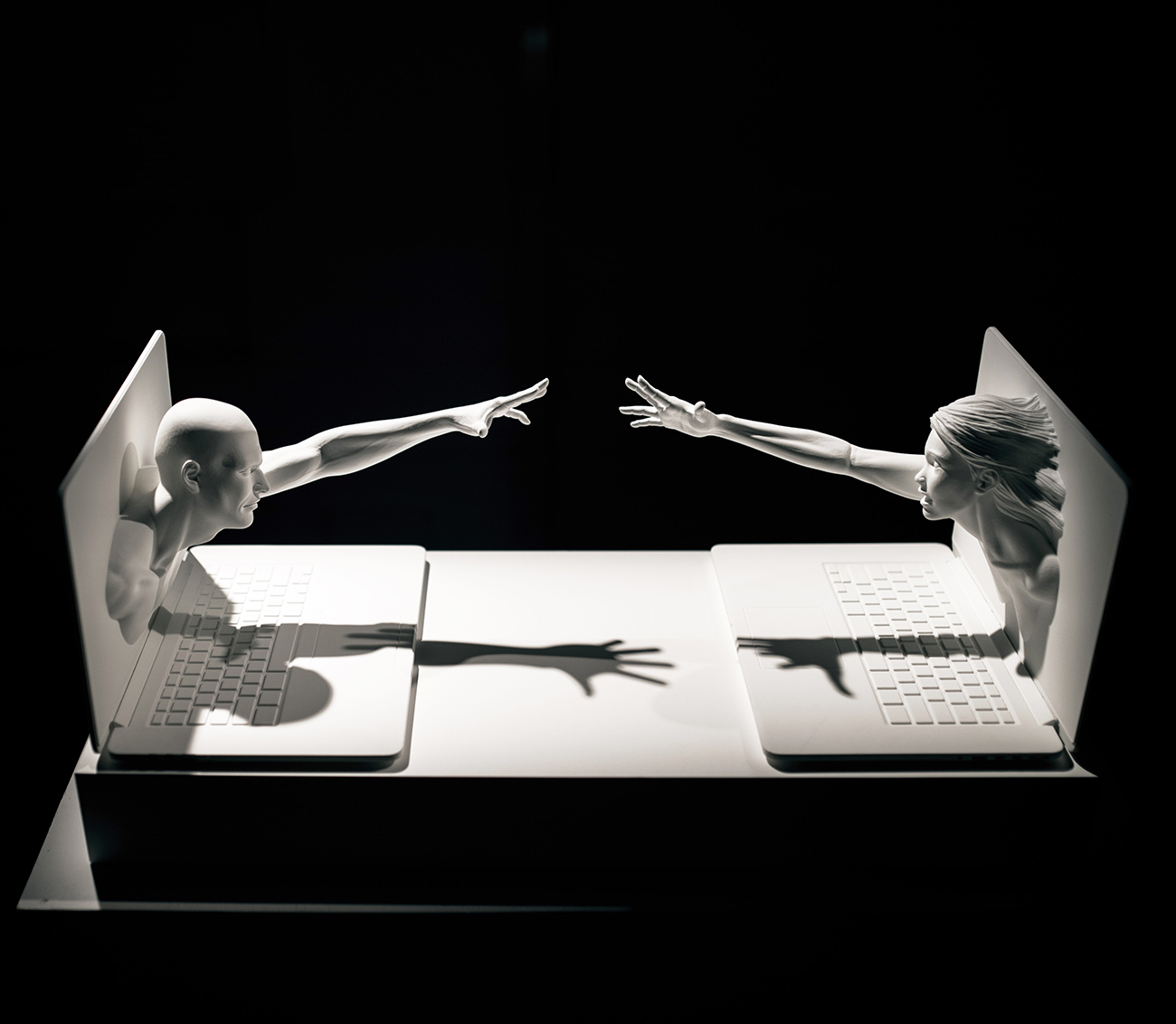