7 NFTs You Should Check Out at WOW Gallery 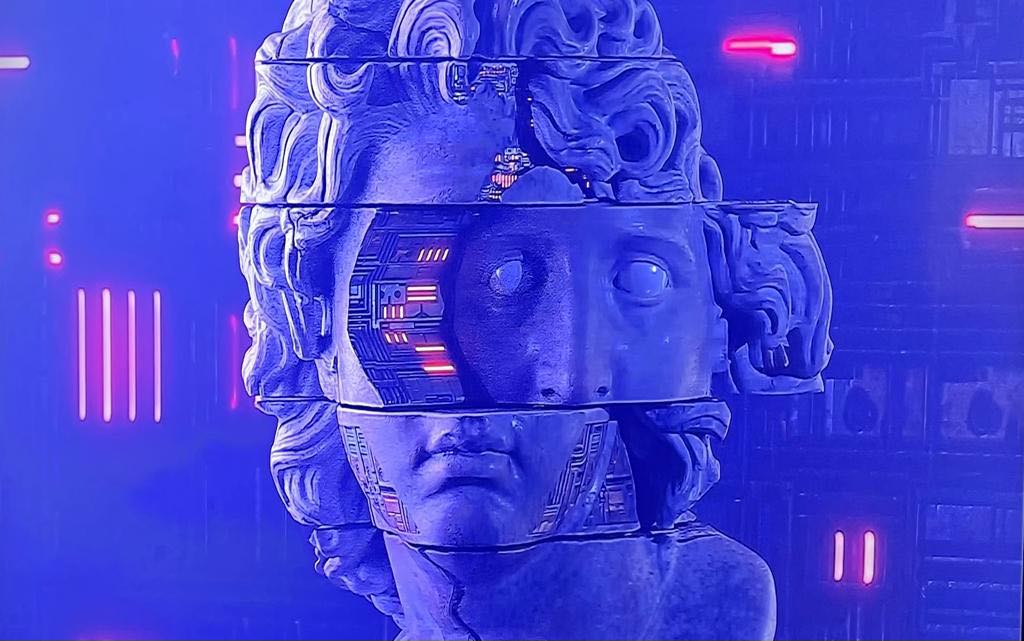 “Alternative reality” at WOW Festival is one of the largest international NFT & Digital Art exhibitions in the GCC region that brings together digitally created artworks by 18 artists from 14 countries. The exhibition functions in the format of a pop-up gallery, featuring NFTs presented by artists and available for purchase, as well as artworks from private collections. We have selected our favorite NFTs for you to check out but you should definitely visit WOW festival to see all the artwork.

THE BOUQUET by Andreas Wannerstedt, Sweden

Andreas Wannerstedt is a Stockholm based artist and art director who crafts unique 3D sculptures and mesmerizing looping animations. The imagery of Andreas is both sophisticated and whimsical, featuring simple and playful geometric shapes in balanced compositions, together with organic textures and harmonizing color palettes.

The Bouquet is one of five artworks from the ‘Evolve’ collection, which is based upon the artist’s reflections on an imaginable Metaverse. When it comes to creating a virtual world it is beneficial to base it on real world behaviours, but not from an artistic point of view. One of the great features that comes with a virtual world is the fact that time can be used as the fourth dimension, which stores an objects shape and properties at a particular moment.An object can evolve over time and have its own independent timeline, it doesn’t even have to be linear.

Ed Fornieles is an artist working in London who is interested in how identity is formed, sustained, and replicated. Fornieles has exhibited at The Serpentine Gallery, Chisenhale Gallery, Martin Gropius Bau, amongst various other institutions and galleries.

Finiliar are living NFTs that use oracles to respond to fluctuations in the value of cryptocurrencies. They become happy and buoyant when the currency they are linked to does well, and sad or even sick when it performs poorly.

There are 10,000 finiliar in total. Each finiliar’s moods and actions are tied to the fortunes of a particular coin: BTC, ETH, BNB, SOL, AVAX, DOGE, MATIC, LINK, UNI, or XTZ.

Thomas Dubois is an award winning artist and Art director. His background in Architecture and his passion for creation led him to produce a wide variety of visuals, award winning projects and scenarios. From his studio located in France Thomas creates art, stories & films for entertainment and design industries.

The outline of the streets is like an ocean by which we stand; the lights and the reflections in clear water defying the ephemeral. A window and a face through it. Cities, with those squares and boulevards where a wandering soul seeks the traces of path trodden by his past and his future.

An eagerness to shape one idea, a particular thought, capable of creating a light inside….. Wandering in the streets I finally found myself.

THE ORACLE by Kristel Bechara, Lebanon

Mythologically, oracles were mythical figures that provided wise counsel to rulers and emperors by tapping into their cosmic powers of foresight and fortune telling. In the world of blockchain and cryptocurrencies, an oracle serves as a bridge between the external world and the world that exists within the blockchain. The oracle provides and validates vital information which exists externally to the blockchains so they can fulfill their contracts and tasks, as blockchains only have access to information that only exists on their networks. Therefore, without oracles, blockchains’ function would be incredibly limited as they require information from the outside to broaden the scope at which they operate.

In this artwork, Satoshi makes a reappearance in the form of a mystical Oracle wearing robes of vivid florals and a medallion bearing the Ether symbol.

Graduated in Architecture in Iran, Amir Karimi finds his passion in 3D. Amir creates sophisticated dream-like animations to make a difference for the environment with his digital art. Driven by inner thoughts and concerns about the Earth, his work can be eclectic, evoking and surrealistic. His art pieces have been shown in various galleries including The wrong Biennale in Spain and Iconic Mints by the WSJ+ and gained the Second Prize at COP26 DigitalArt4Climate and a proud place at the curated NFT platform Exquisite Workers.

“The ticking cube acts as an alert to show us how much our environment is being destroyed in each second. It is a symbol of purity carrying the idea of simplicity. It is a reminder to all of us so that everywhere we see an environmental issue, that cube will be pictured in our mind encouraging us to make some changes. Every second air pollution level is getting higher due to energy use and production. Every year air pollution is responsible for nearly seven million deaths around the world. Have you ever thought about its serious and devastating effects? Did you know that deforestation, acid rain, the hole in the ozone layer, and climate change are the result of air pollution?!” – by Amir Karimi.

Vladislav Tkachuk and Roman Tsukanov are among the most technologically advanced artists in Russia. Their association, the Synticate Art Group, explores current trends in art, fashion and technology and makes digital and interactive art. The mission of artists is to help humanity step into the future. The art group develops and promotes the concept of “Ecofuturism” – a future where technologies are harmoniously integrated into an eco-friendly world.

On the inhale – light, on the exhale – harmony. In the Cyberorganics collection, within the framework of the Ecofuturism concept, we offer ideas for devices of the future inspired by the symbiosis of technology and nature.

Mycelium is an autonomous ecosystem that lives by its own rules. Many similar parts of a synthetic mycelium make up a single organism, and a change in one element leads to changes in the rest. It harmonizes mental and visual space with the help of fractal patterns that rhyme and resonate with the laws of nature. The mushroom breathes light and fills the space with harmony.

Nils Hansen is an award-winning Crypto Artist and Sculptor. His sculptures have been displayed in public space around the world and his digital works have been collected on the most well-known Crypto Art platforms. They are featured in the Museum of Crypto Art (MoCA), the Whale collection and bought by other famous collectors like MantaXR, Akira and Xray.

The Sun King was one of the titles, given to Alexander the Great. The artwork depicts the ancient marble statue of the emperor from the Capitoline Museum in Rome. Nils Hansen in his work raises the question of what use was time to those who’d soon achieve Digital Immortality. Linking the past with the future to reach the next frontier – the vision of a future demigod lies in microchips, electronic circuits and artificial neural networks. 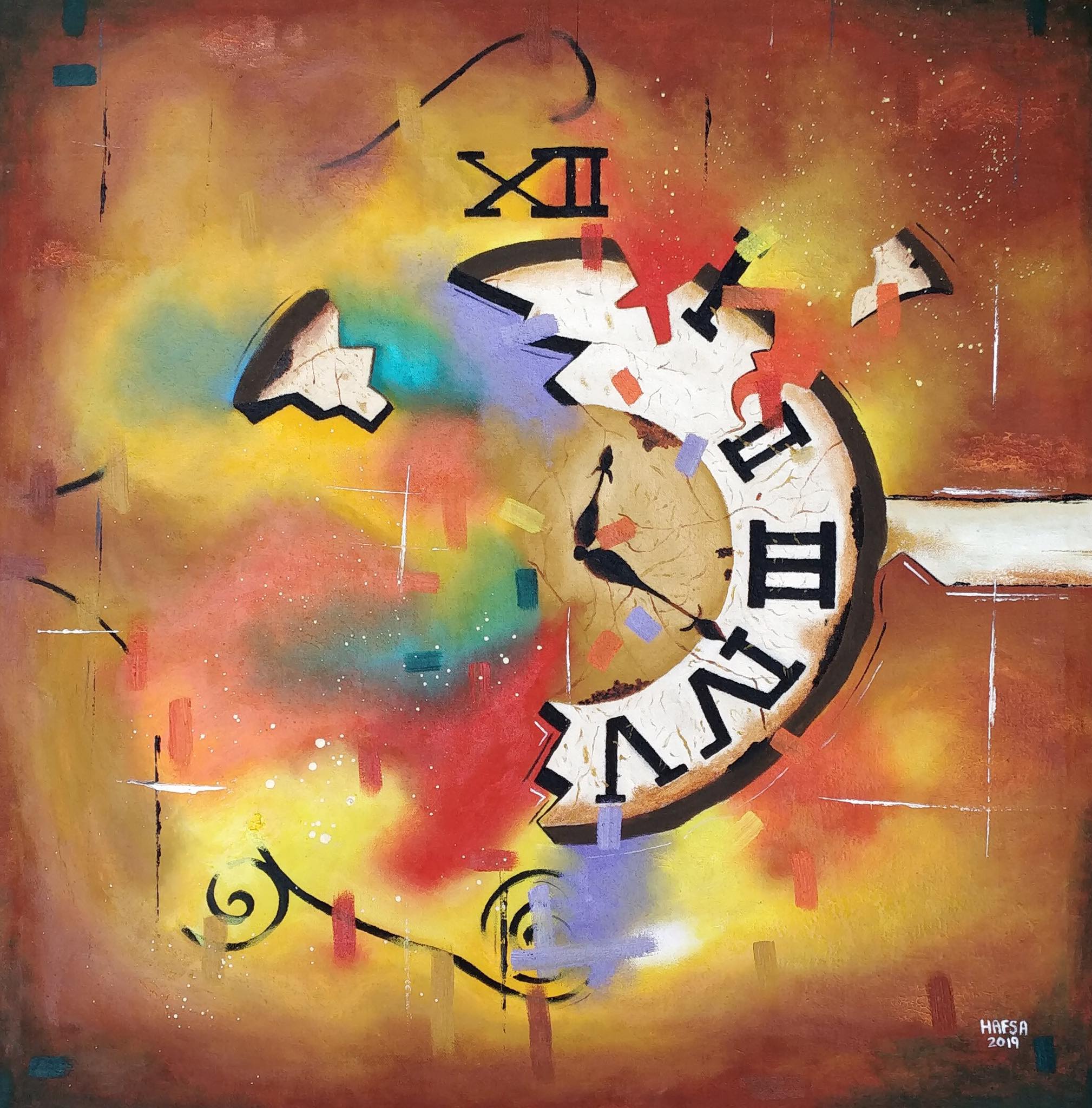 “Traces of Time” by ART4You 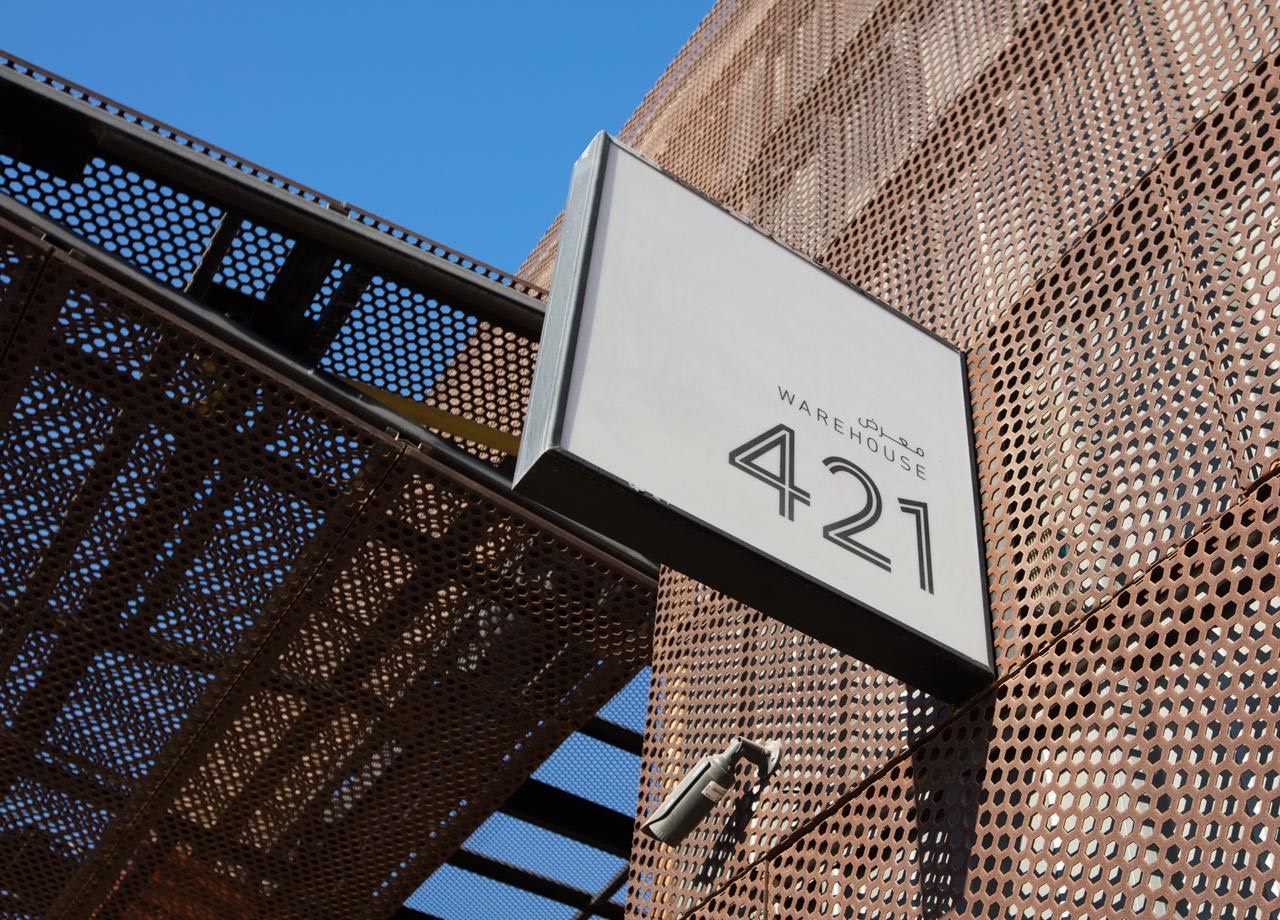 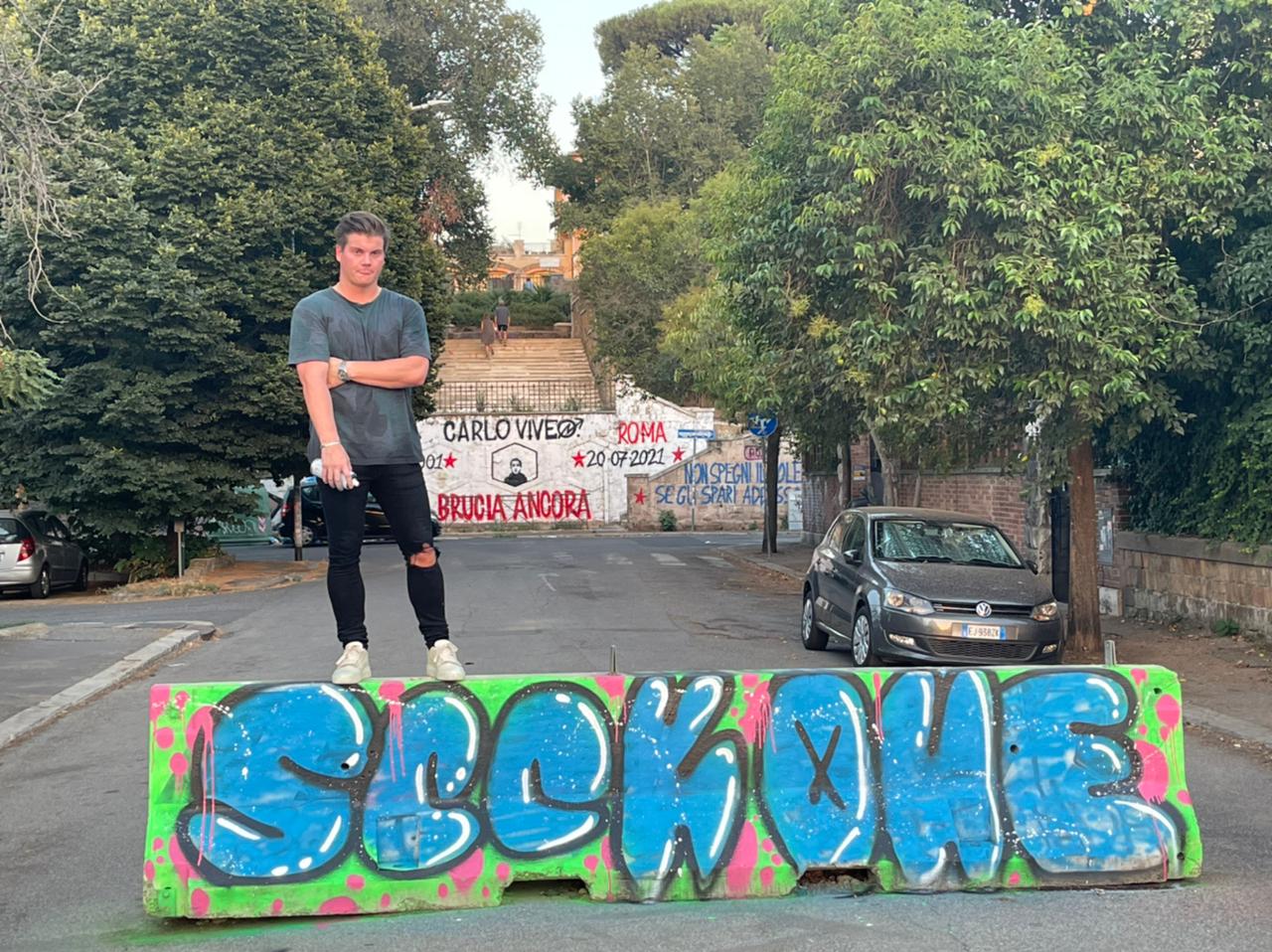 Meet the Artist: Seek One