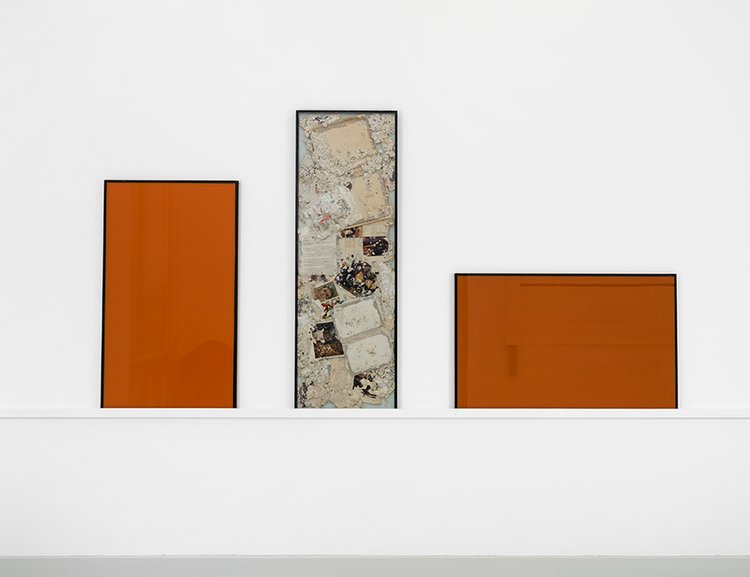 Christoph Rütimann’s work is distinguished by an initially confusing variety of artistic strategies, and ranges from performances, works in sound, text, photography and video to classical media such as drawing, painting and sculpture. Yet no matter how varied the materials and media he employs, recurring themes can be ascertained in his œuvre: the performance-oriented approach, lines as two- or three-dimensional boundaries, colour and its inherent qualities, as well as the experimentation with coincidence or gravitation. Indeed, an affinity with scientific issues is discernible; Rütimann approaches them playfully, extending the putative rationalism of scientific discourse by adding the dimension of the imponderable.

Rütimann’s artistic approach aims fundamentally to call into question the conventions of each genre, which he breaks with subtle irony, despite his conceptual rigour. It is not merely a matter of exploring his themes in a variety of media; they also serve as a poetic way of examining the world. Rütimann takes a stand and always connects his sensitive research with his own way of life, which is not only a visual adventure, but also always represents an artistic and existential position.

Skopia Gallery was founded in Nyon in February 1989 by Pierre-Henri Jaccaud. From the start, it has worked with a new generation of Swiss artists, distinguishing itself through its rigorous selection of works and a large number of premières. It has exhibited at Art Basel since 1993.

In 1994, Skopia Gallery relocated to the SIP area in Geneva, a former industrial wasteland now home to the Centre for Contemporary Art and the MAMCO (Museum of Modern and Contemporary Art). Since its first programme, the Gallery has sought to develop contacts with internationally renowned artists, both Swiss and foreign alike.

“Out of Place” by Gallery Isabelle Van Den Eynde

Art Dubai 2021 to be launched at DIFC