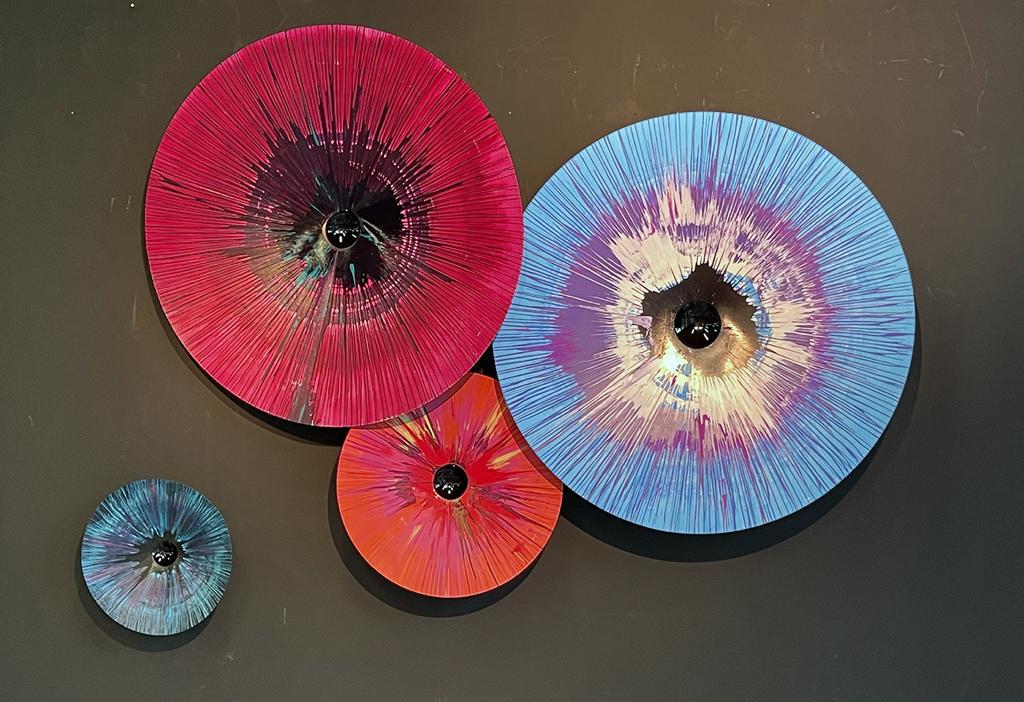 Letizia de Maigret directs her artistic research towards an ontological quest to reconnect with the great questions which inhabit humanity: a quest for meaning, origins, permanence and change. It is also a quest for joy, the universal mystery not being devoid, for her, of a festive dimension. She inscribes her artistic approach in the resurgence of a Golden Age, sought after and claimed not as a nostalgic principle, but as vision and a glance towards the future.

Letizia de Maigret proposes a philosophical journey, of overcoming opposites, refuting, in the artistic object, the initial dichotomy of the Apollonian and Dionysian principles evoked by Nietzsche in The Birth of Tragedy. The former represents measure and restraint (a balance), the latter an all-consuming passion. Together weaving a tale leading to the death of Greek tragedy.

Recently, it is within the scientific approach around the discovery, made in 2015, of gravitational waves (which allow for black holes to exist) that she finds material for new inspiration. The COSMIC HORIZON, allows her to affirm her belief in Parnassus, that would reconcile the search for knowledge and the admiration for mystery.

Letizia explores black holes and their horizons, in their geometric, metaphysical, and psychological dimensions. Thus “recreating” them by a cascade of fluid pigments on rotating canvases. COSMIC HORIZONS are the outcome of kinetic phenomena based on Coriolis’ centrifugal force.

The resulting visual metaphor invites an optimistic vision towards the (unknown) nature of the singularity sheltered by the black hole. COSMIC HORIZONS become the ultimate tribute to Parnassus and the Sublime. Depicting the eyes of the soul of the poets buried in the mists of time.

“A strange rainbow surrounds this dark well, Threshold of the old chaos whose nothingness is the shadow, Spiral engulfing the Worlds and the Days!”, Gérard de Nerval, Christ with Olive Trees.

Letizia de Maigret, born August 31st, 1969, in Geneva, Switzerland, is an Italian-Swiss artist based in Dubai. She holds a BA in Industrial Design from Parsons School of Design in New York, and later acquired her master’s degree in Applied Imagination from Central Saint Martins,

in London. She worked as a senior assistant for Karim Rashid in New York and as a junior designer for Ross Lovegrove, exhibiting also at the Gramercy Park International Art Fair, New York. In 2002, she founded 17+1 in Vienna, a company that manufactures cufflinks in China. From 2010 to 2011 she designed “Poupée X,y,z…” & “Massimo” Matryochka dolls, which were produced and distributed by Pylones. More than 20.000 units were sold and they are currently in the permanent collection of the Sergiev Posad museum of history and art in Russia. From 2013 to 2016 Letizia gave speeches in Istanbul and Baku on Art & Gender equality and multiculturalism. Between 2015 to 2020 she was a board member and president of the Ambassadors Circle of the Endowment Fund “Physics of the Universe”, created by Pr. George Smoots, Nobel Laureate 2004 in Physics within Université Paris Diderot. Letizia alongside the artists Tomas Saraceno, Atilla Csorgo, Raphael Dellaporta, Bertrand Lamarche, Gorka Alda, Aitor Ortiz and Liliane Ljin, was the winner of the Fondation Carraso Art citoyen price for the project “Univers 2.0”. It culminated with the exhibition “The Rhythm of Space” in fall 2019 at the Museo della Grafica. Furthermore, Letizia de Maigret has participated throughout the years in numerous art exhibitions in London, Vienna, Geneva, Pisa, and New York, among others.

XVA Gallery is one of the leading galleries in the Middle East that specializes in contemporary art from the Arab world, Iran, and the Subcontinent. Exhibitions focus on works by the region’s foremost artists as well as those emerging onto the scene. The gallery’s artists express their different cultural identities and perspectives while challenging the viewer to drop prejudices and borders. XVA Gallery exhibits both locally and internationally; collaborating with galleries and participating in international art fairs, such as Art Basel Hong Kong, SH Contemporary, Singapore Art Fair and Abu Dhabi Art in 2014, in order to further expose Middle Eastern contemporary art.

XVA Gallery and XVA Art Hotel are located in Dubai’s heritage district, now called Al Fahidi Historical Neighborhood. XVA founded and organized the Bastakiya Art Fair from 2007- 2010 as part of its commitment to raising the profile of contemporary art practice in Dubai. For three years XVA was located in DIFC, and has now expanded its premises in Al Fahidi. 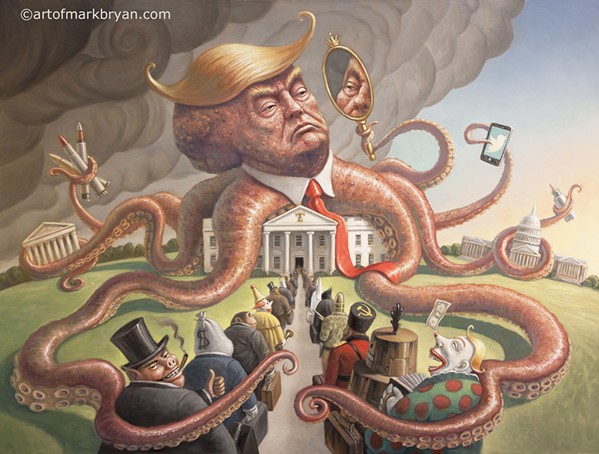 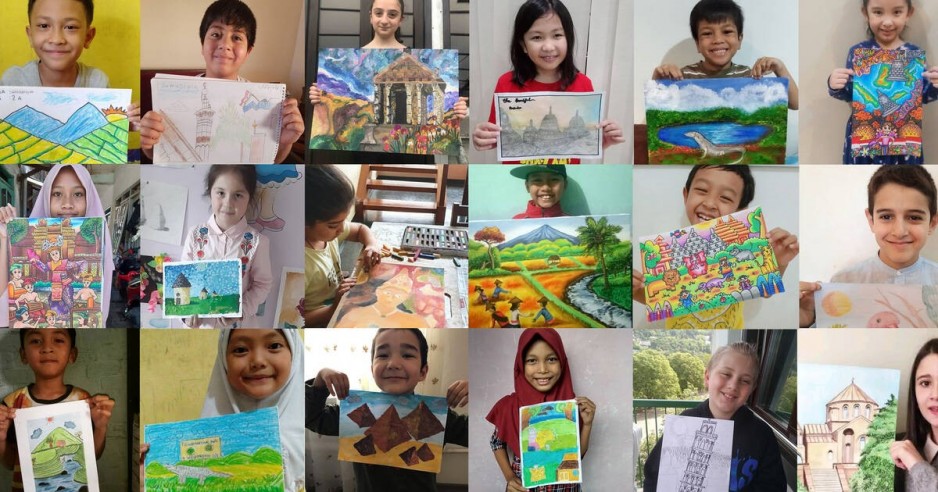 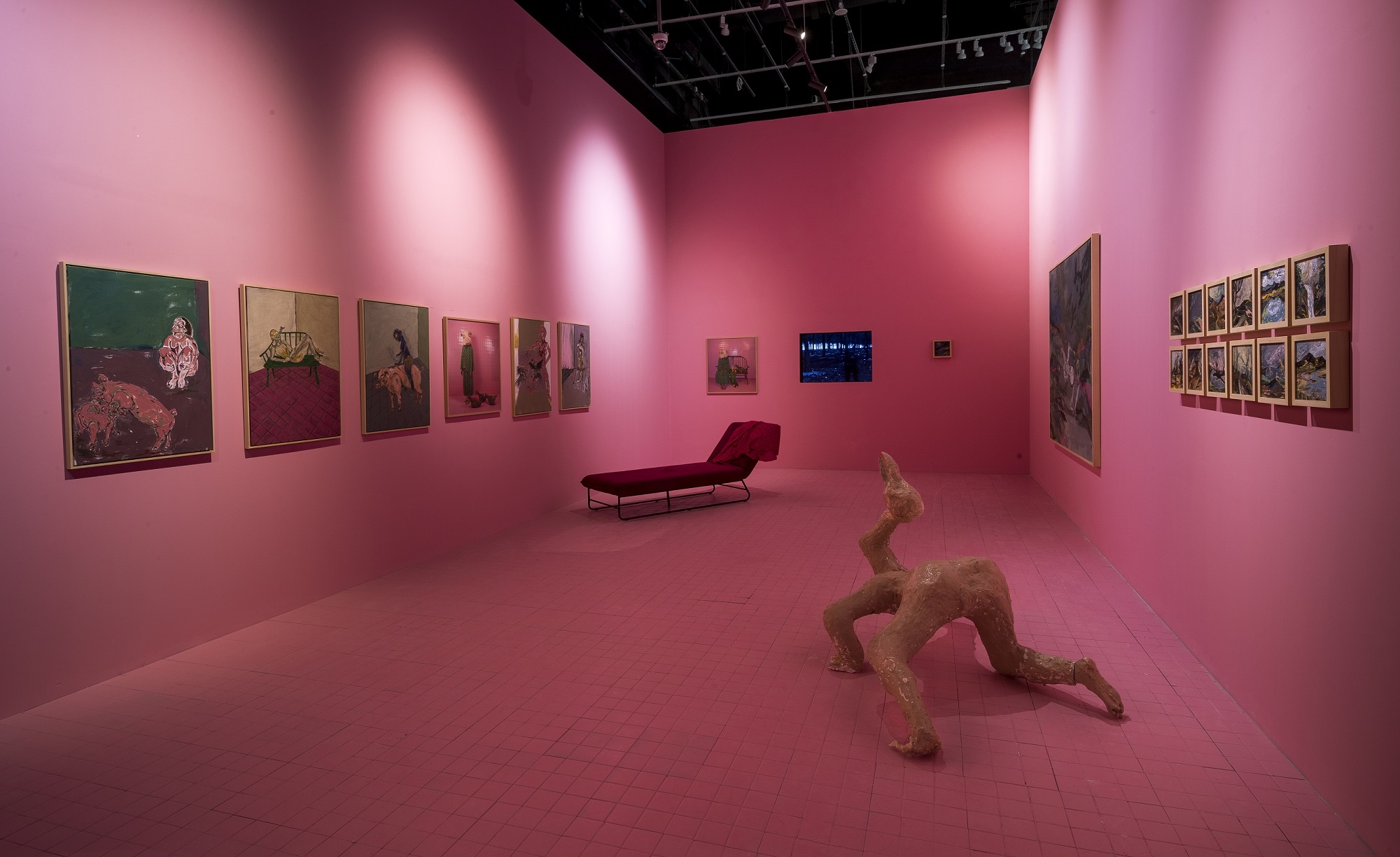 Abu Dhabi Art to Bring Beyond: Emerging Artists to Italy for the First Time During La Biennale di Venezia