“Matters of Material” Exhibition by Christies

This autumn Christie’s will be presenting “Matters of Material”, an exhibition and online sale dedicated to promoting diversity in the international art market and promoting sustainability in the arts. The initiative will be part of the Middle Eastern Modern and Contemporary Art sale week taking place this November in London. Showcasing contemporary artists from the Middle East, Africa and Latin America, the prevalent theme among the selected works will be on how materials can be used and recycled to create powerful statements and works of art, as well as how the selected geographies share universal and mutual creative affinities. This sale will be guest curated by Christie’s international consultant Dina Nasser-Khadivi and staged in collaboration with the Middle Eastern Art and European Post War & Contemporary Art department. The online sale will be running from Nov 11-24 (browsing starting on Nov 4) and the preview at Christie’s King Street will be open from Nov 14-23.

Caroline Louca-Kirkland, Managing Director for Christie’s Middle East: “We are always looking at ways to present and add new works and concepts to our sales ensuring a place for Middle Eastern art within the international art market. Dina Nasser-Khadivi inspired us with her concept Matters of Material, setting and engaging art from the Middle East into a wider geographical context. We are really looking forward to continuing to add such initiatives and sales to our auction calendar this season which will also include our charity auction We Are All Beirut – online between 4th – 24th November.”

Katherine Arnold Co-Head of Post-War & Contemporary Art, Europe: ‘Matters of Material’ curated by Dina Nasser Khadivi creates an important dialogue between east and west, north and south, offering the best of Middle Eastern, Latin American and African art on an international platform. In a time when integration, collaboration and affirmative action takes on even greater urgency, this auction feels both relevant and essential.’

Dina Nasser-Khadivi defines the auction concept as follows: “One of the beauties of the art world is that it can transcend borders and Christie’s has been instrumental at giving artists around the globe a voice and a platform. They were the first auction house to launch the Middle Eastern category and raise awareness about the cultural and artistic potential of the region. There is an important Middle Eastern diaspora in the world -including in both Africa and Latin America- as well as mutual affinities between the chosen geographies. This becomes apparent through the selection of artists in this sale. Diversity, sustainability, innovation and multi-cultural connections are the core pillars behind Matters of Material, or in short art with a conscience.”

This collaboration aims to emphasize how diversity is key in today’s art market and how crucial it is to support a wider group of artists and multi-cultural initiatives under the current climate where so many economies and artistic communities have been affected by COVID-19. The online sales at Christie’s will enable new means of international outreach and help forge a strong global platform for such initiatives.

Art with a conscience: part of the core messages behind the curatorial approach is how the adopted techniques and materials by the selected artists translate into their messages, all of which are universal concerns such as creating sustainable art, combining the local crafts with the global trends, as well as important topics such as gender equality, identity and globalization amongst others.

Tranquillity, 2017 an installation created for the occasion of Farhad Moshiri’s (Iran, b.1963) first retrospective in the US, at The Andy Warhol Museum. Considered an international leader in the neo-pop movement as well as one of the most prominent figures of Middle Eastern contemporary art, Moshiri became well known for his ironic interpretations of hybrids between traditional Iranian forms and those of the globalized consumerist and popular culture. (estimate £120,000-180,000). Pascale Marthine Tayou’s (Cameroon, b. 1967) Fresque de Craies K, 2015 is inspired by Cameroonian tradition, but also alludes to the processes of art-making and educational tools through the choice of materials typically used for writing or drawing.  From the outset of his career, Tayou added an “e” to his first and middle name to give them a feminine ending, thus distancing himself from the importance of artistic authorship and male/female ascriptions. This holds for any reduction to a specific geographical or cultural origin as well. (estimate: £150,000-200,000).  Gabriel de la Mora’s (Mexico, b. 1968) works bears evidence of human interaction—the points of contact, the passage of time, the wear and tear of life. Approaching his work as an archivist, de la Mora and his studio extend their hands to the tasks of sourcing, analyzing, counting, documenting, and refining a whole host of objects, from discarded shoe soles to the sides of matchboxes. In the diptych 355,050 (176,500 + 178,550), 2014 de la Mora explores the household match. Referencing the passage of time, the artist includes in the description of his medium not only how many used sides of the matchboxes each artwork contains, but also the number of matches struck on them (estimate: £100,000-150,000).

In recent years, Maha Malluh (Saudi Arabia, b. 1959) has turned to mixed media installations, using found objects that are understood as symbolic of a collective, communal identity; these materials include kitchen dishes, pots, cassette tapes of religious lectures, discarded oil barrels and metal doors typical of the region. Bloom, 2019 (estimate: £15,000-20,000) is part of an ongoing series the artist has been working on titledFood for Thought. The title of the piece symbolizes the new beginnings for young generations and the momentous transformation and change in Saudi Arabia. Ghada Amer (Egypt, b. 1963) addresses first and foremost the ambiguous, transitory nature of the paradox that arises when searching for concrete definitions of east and west, feminine and masculine, as well as art and craft. Her incorporation of thread into the parameters of the canvas legitimates a form of expression seen as particularly feminine. The sentence ‘There is no greater pillar of stability than a strong, free and educated woman” refers to a quote activist Angelie Jolie made during the African Union Summit in Johannesburg in 2015. Lastly, working with the geopolitical concept of displacement, Catalina Swinburn’s (Chile-Argentina, b. 1979) weaves pages of historical archives, including documents of displaced patrimonial treasures. Through this labour-intensive approach, the material is transformed from delicate pages to garment-like arrangements that the artist often wears as armour to perform in. Anauša II – Immortal Warrior is made from documents relating to the displacement of archeological stones in Persepolis, bringing us closer to the topic of cultural identity and aiming to strengthen the integration between communities while also making a reference to female resilience (estimate £25,000-35,000). 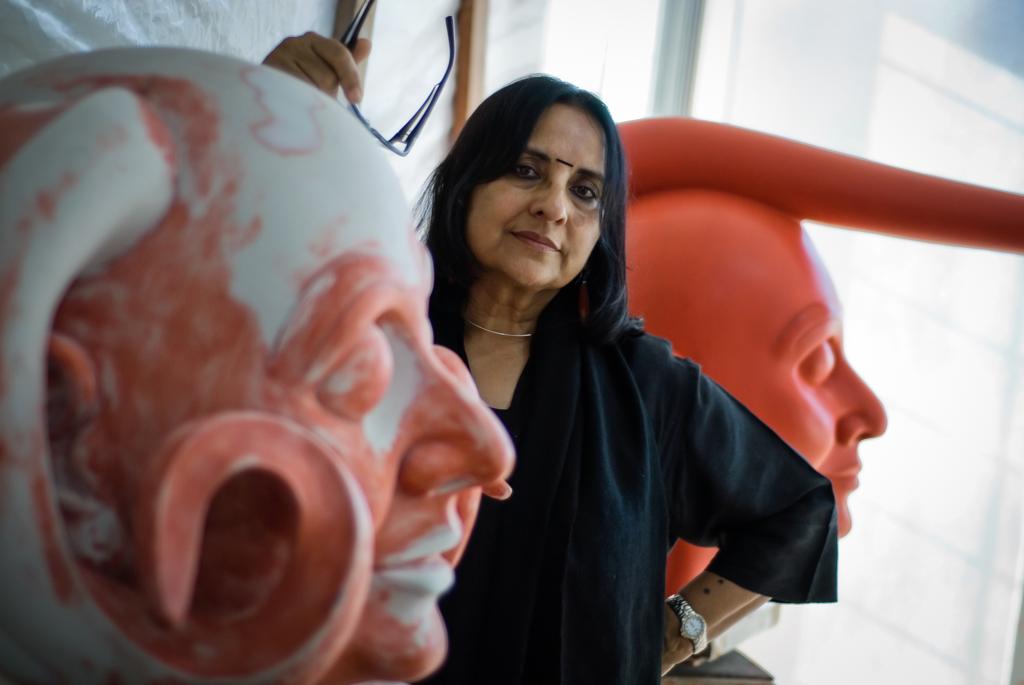 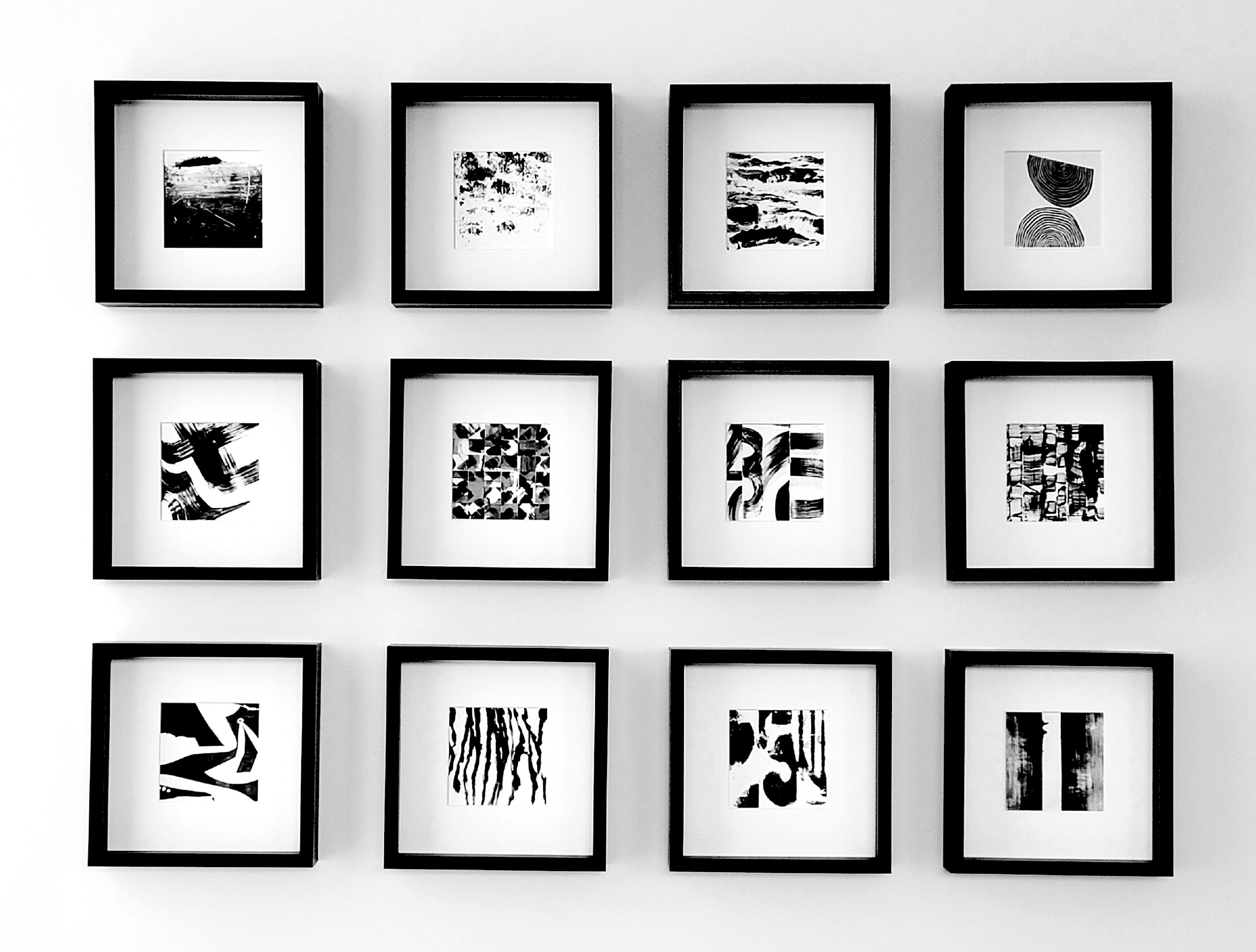 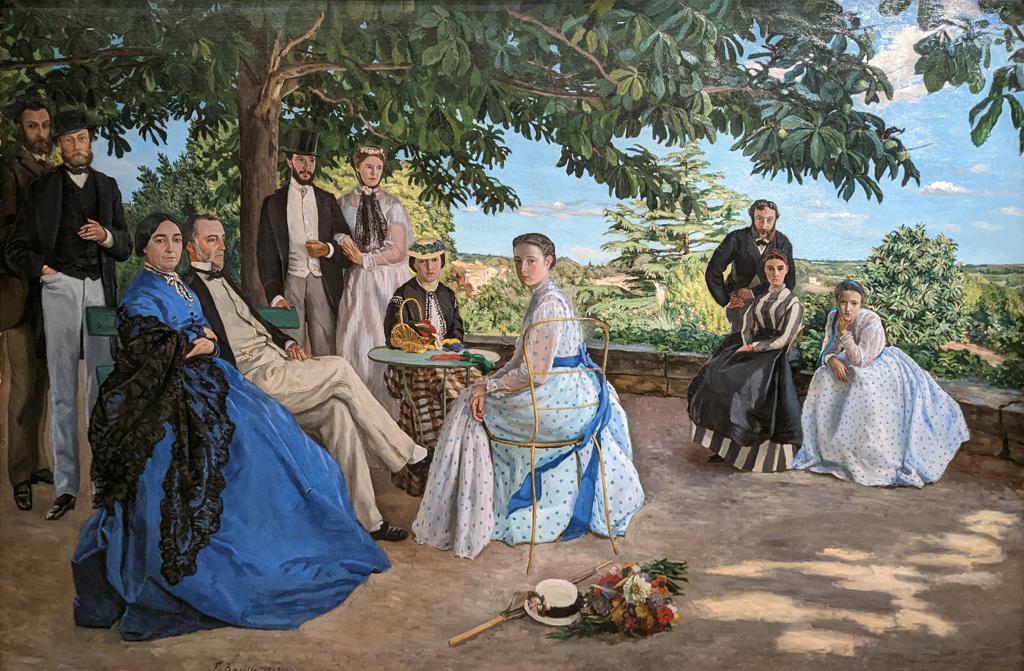