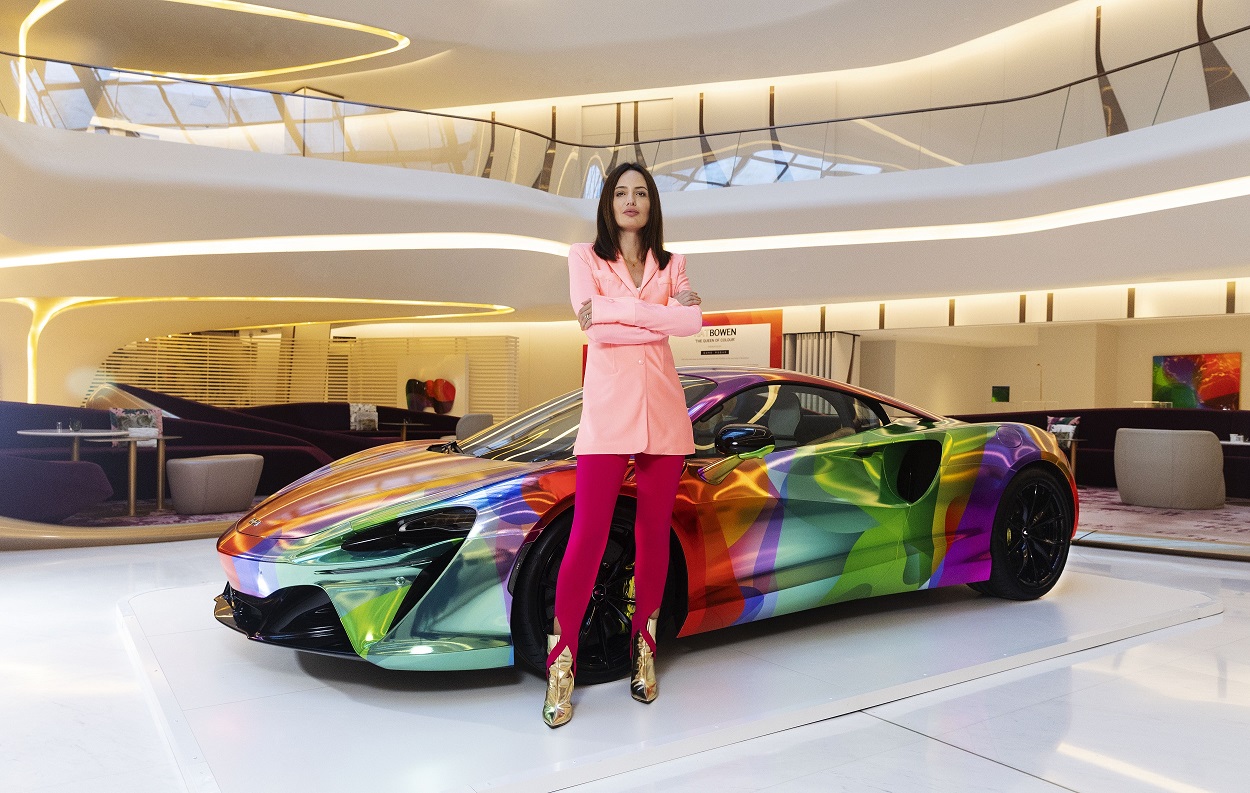 McLaren Automotive, the British creator of luxury, high-performance supercars, revealed the McLaren Artura Art Car created as a regional collaboration with Nat Bowen, a leading British abstract artist known for her vibrant, colourful pieces. The unique supercar featuring the artist signature artwork will be part of her long-anticipated exhibition taking place at the ME Dubai hotel between 24 February and 31 March.
Share
Pin
Tweet
Share
0 Shares

McLaren Automotive, the British creator of luxury, high-performance supercars, revealed the McLaren Artura Art Car created as a regional collaboration with Nat Bowen, a leading British abstract artist known for her vibrant, colourful pieces. The unique supercar featuring the artist signature artwork will be part of her long-anticipated exhibition taking place at the ME Dubai hotel between 24 February and 31 March.

The creative study explores the use of Chromology, representing the psychology behind colour, as well as themes of ‘Art’ and ‘Future’, which have inspired the name of the brand’s first high-performance hybrid. The exterior of the car features translucent resin pigments, which adapt to the light, reflecting and absorbing the surroundings and resulting in the work becoming a part of the space it inhabits.

“We are delighted to have collaborated with Nat Bowen to showcase the all-new McLaren Artura featuring her signature multi-layered artwork in the iconic surroundings of the ME Dubai. The exhibition received phenomenal reception from the attending guests and allowed us to successfully engage with the extremely passionate art community in Dubai and the rest of the Middle East region.”

“It has been an honour to work with McLaren Automotive on this exciting concept and display it as part of my first solo exhibition in Dubai. My goal was to provide a truly immersive experience and transport the visitors into a meditative state away from everyday distraction, as well as allow them to further explore and develop their relationship with colour”.

All-new from the ground-up, the McLaren Artura marks the beginning of the next chapter for the pioneering company and a new era in the world of supercar technology and performance. Underpinned by the McLaren philosophy of super-lightweight engineering, the Artura is a distillation of every attribute inherent in a McLaren, combined with faster throttle response, lower emissions and ability to run in pure EV mode, thanks to its ground-breaking electrified powertrain.

The McLaren Artura is also the first model built on the new McLaren Carbon Lightweight Architecture (MCLA), which contributes to the car’s class-leading lightest dry weight of 1,395kg and a DIN kerb weight of 1,489kg. At the heart of the car is a new, lightweight 2,993cc twin-turbocharged V6 petrol engine, paired to a bespoke eight-speed transmission and a compact e-motor, which provides the supercar with instant torque. The package generates a combined power output of 680PS (671 bhp) and 720S Nm of torque, which translates to truly breath-taking performance figures of 0-100 km/h in 3.0 seconds and a top speed of 330 km/h.

McLaren Automotive is a creator of luxury, high-performance supercars. Every vehicle is hand-assembled at the McLaren Production Centre (MPC) in Woking, Surrey, England. Launched in 2010, the company is now the largest part of the McLaren Group. The company’s product portfolio of GT, supercar, Motorsport and Ultimate models are retailed through over 85 retailers in 40 markets around the world.

McLaren is a pioneer that continuously pushes the boundaries. In 1981, it introduced lightweight and strong carbon fibre chassis into Formula 1 with the McLaren MP4/1. Then in 1993 it designed and built the McLaren F1 road car – the company has not built a car without a carbon fibre chassis since. As part of the Ultimate Series, McLaren was the first to deliver a hybrid hypercar, the McLaren P1™. In 2016, it announced a new hybrid hyper-GT and confirmed in 2018 that the next Ultimate car would be the Speedtail.

2019 saw McLaren launch the 600LT Spider, the new GT and the track-only McLaren Senna GTR. It also unveiled the 620R and McLaren Elva before launching the 765LT the following year. Most recently, the company unveiled its all-new high-performance hybrid supercar, the McLaren Artura.

The Artura is the first McLaren to benefit from the McLaren Carbon Lightweight Architecture (MCLA). The MCLA is designed, developed and manufactured at the McLaren Composites Technology Centre in the Sheffield region of England using world-first processes and will spearhead the brand’s electrified future.

The McLaren Group is a global leader in luxury automotive and elite motorsports with a focus on its Automotive supercar and Racing businesses. Founded in 1963 by racer, engineer and entrepreneur Bruce McLaren, the Group is formed of McLaren Automotive, which hand-builds lightweight supercars; and a majority stake in McLaren Racing which competes in the Formula 1 World Championship and INDYCAR in the US.

The Group is globally headquartered at the iconic McLaren Technology Centre in Woking, Surrey, England. With a reputation for innovation and technological excellence, McLaren is one of the UK’s largest independent companies. 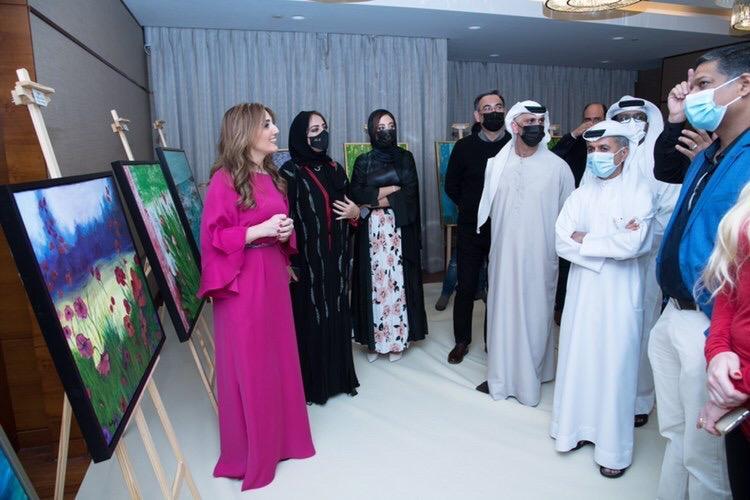 10 of the Best Art Galleries in Rome 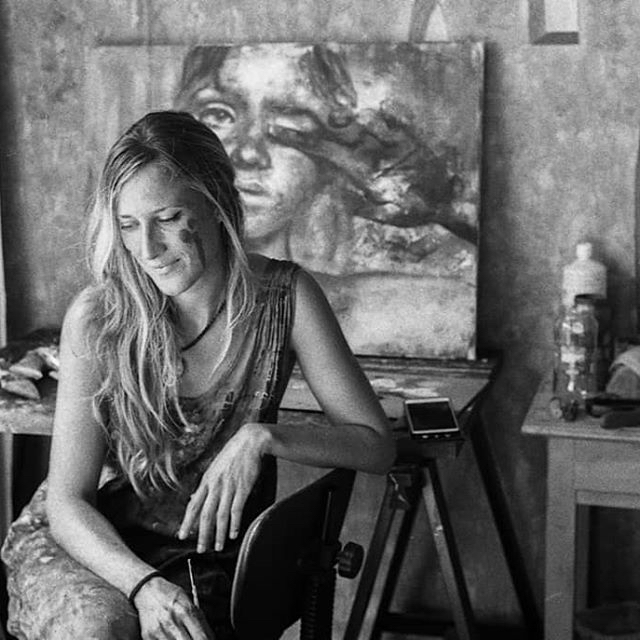