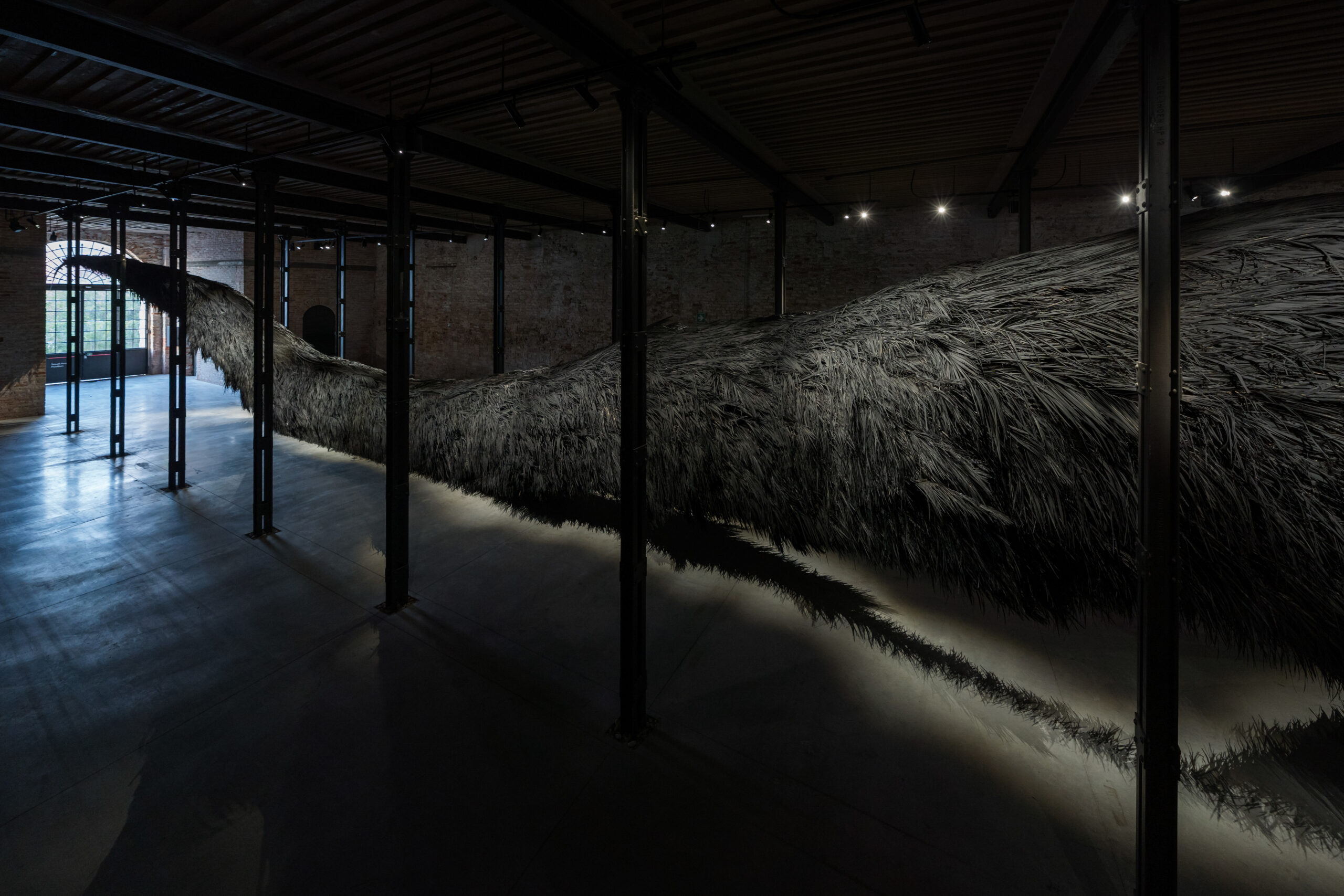 Commissioned by The Visual Arts Commission, one of 11 sector-specific commissions overseen by Saudi Arabia’s Ministry of Culture, the installation will be on display at the Arsenale-Sale d’Armi from 23 April to 27 November 2022.

As Saudi Arabia’s burgeoning contemporary art scene continues to define itself on the world stage, Shono has emerged as a compelling voice among a new generation of rising artists from the region.

The Teaching Tree is a vast, 40-metre-long, organically formed structure made of palm fronds painted in black and animated by pneumatics. The enigmatic form fills the length of the pavilion, embodying Shono’s investigation of the drawn line and its potential for creation and destruction. Through this, he explores ideas of resilience and regeneration both in the natural world and within human imagination.

Shono’s practice counters the limits of singular narratives, instead questioning truths, ontologies, and the basic concepts underpinning human life. Investigating the drawn line, Shono interrogates the impact of writing and the generation of thought, as well as their respective potentials. For Shono, embracing the line and mark making is an act of creative agency. As such, The Teaching Tree builds on central concepts within his practice, interrogating the self, tradition, mythology, and the natural world.

The stories of Al Khidr have also had a profound influence on Shono’s personal and creative life. Made of plant matter, it was known that wherever Al Khidr sat a garden would grow, symbolising rebirth, regeneration, and healing. The Teaching Tree thus alludes to ‘mother nature’ and its hope for rebirth in face of warning signs of past and future ecological struggles.

Commenting on his work, Shono said:

“My work embodies the irrepressible spirit of creative expression: the power of the imagination that grows despite what may attempt to limit it but instead makes it more resilient. This is a resilience that is taught by nature, in its continuous cycles of death and re-growth, like trees nourished by the ashes of wildfires.”

The Saudi Pavilion responds to the overarching theme of the 59th International Art Exhibition of La Biennale di Venezia, The Milk of Dreams. Derived from the title of the children’s book by Surrealist artist Leonora Carrington, The Milk of Dreams refers to a magical world of imagination, where everyone can change, be transformed, and become something or someone else. Indeed, Shono’s work looks towards the limitless possibilities of human imagination and humanity itself.

Muhannad Shono (b. 1977 Riyadh, Saudi Arabia) is a multidisciplinary visual artist based in Riyadh. He graduated with a degree in Architecture from King Fahad University of Petroleum and Minerals, Dhahran. His work has been exhibited in solo exhibitions at Athr Gallery, Jeddah; The Saudi Art Council, Jeddah; Künstlerhaus Bethanien, Berlin and the King Abdulaziz Center for World Culture (Ithra), Dhahran, Saudi Arabia. Shono has exhibited in many group exhibitions, such as at The Diriyah Biennale, Riyadh (2022); Kunstverein Wolfsburg, Germany (2019); The British Museum, London (2018); MACBA, Barcelona (2018); Haus der Kulturen der Welt (HKW), Berlin (2017); and LAND, Toronto (2017), among others. He has participated in residencies at Künstlerhaus Bethanien, Berlin (2017-2018), Artist in Labs, Zurich (2017), and Kunstresidenz, Bad Gastein (2017). 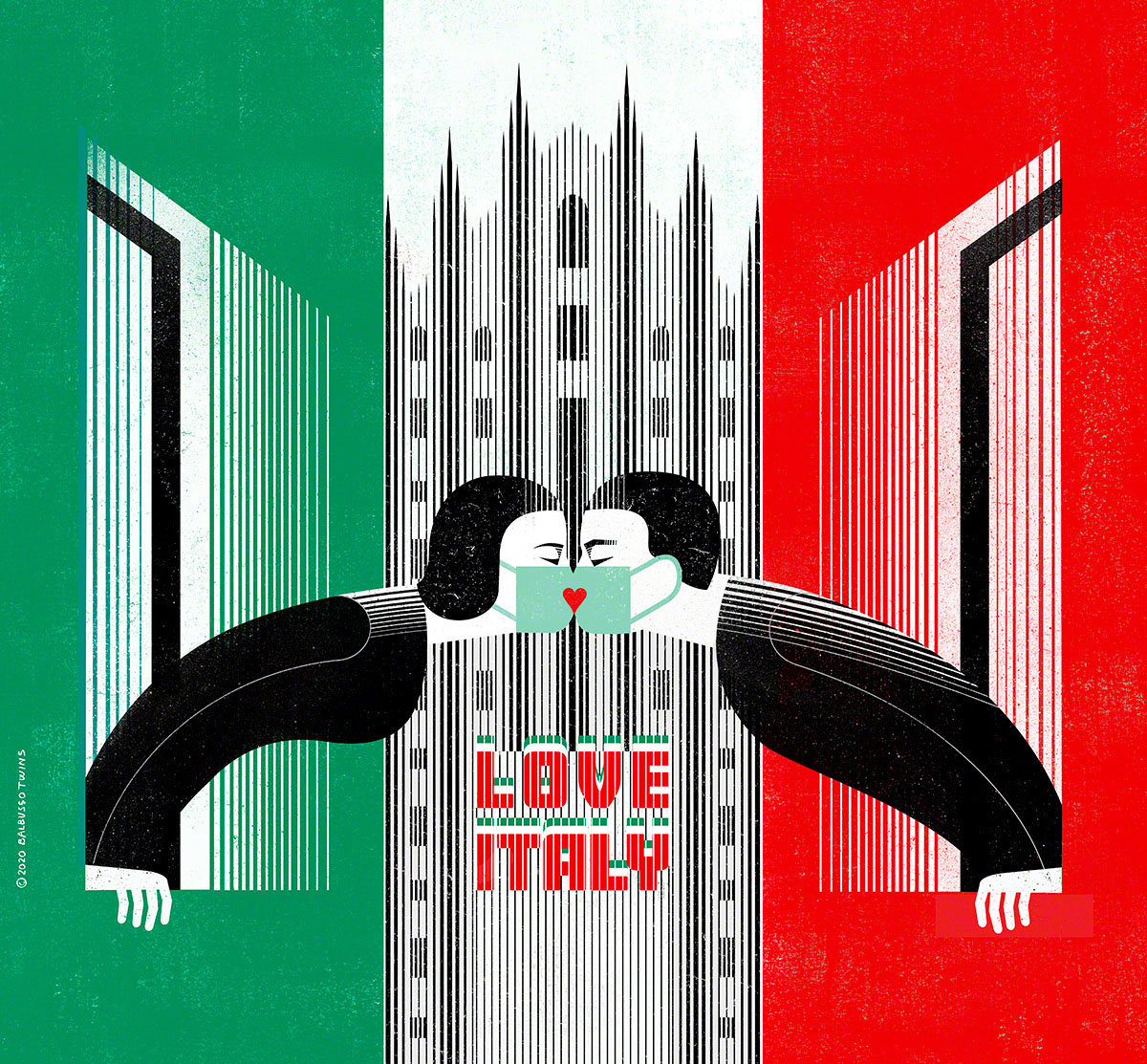 Art Inspired by the Coronavirus Pandemic 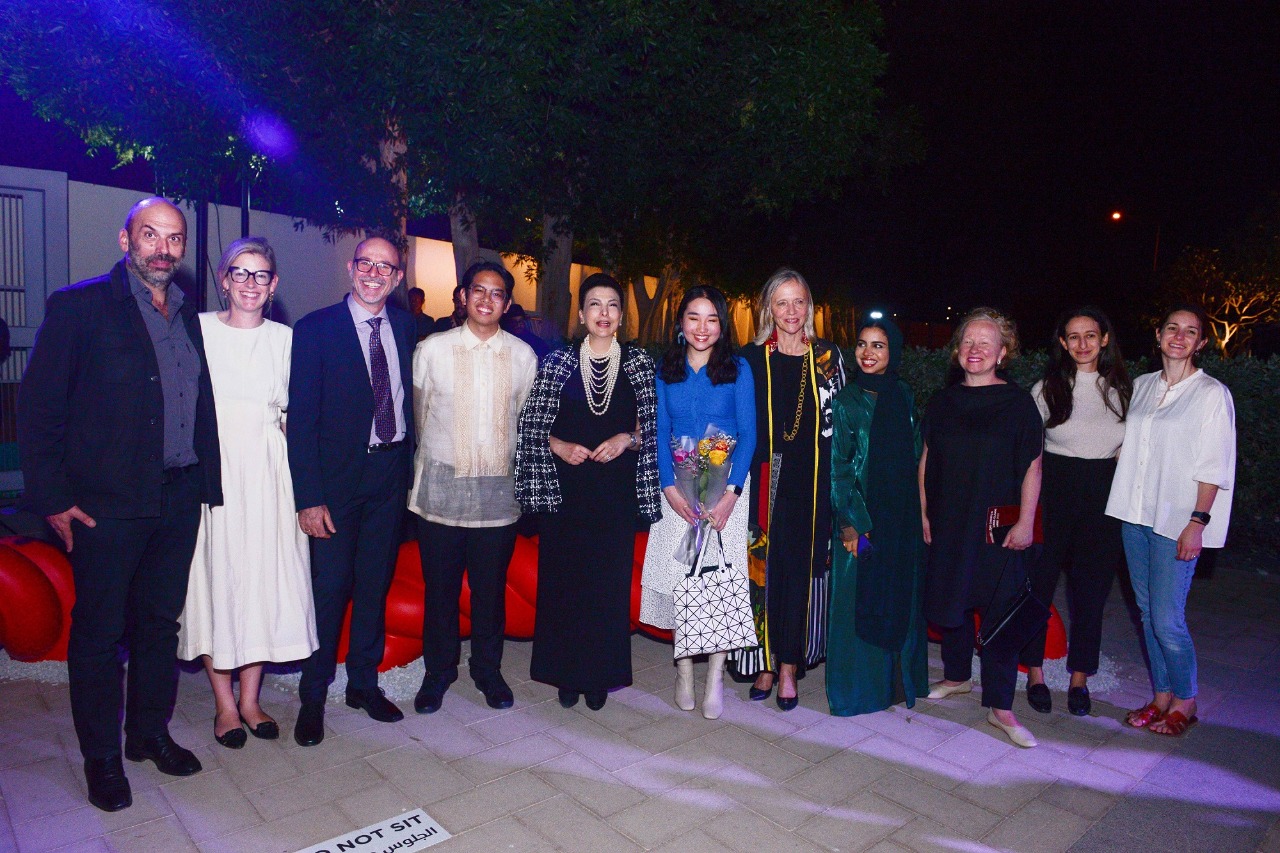 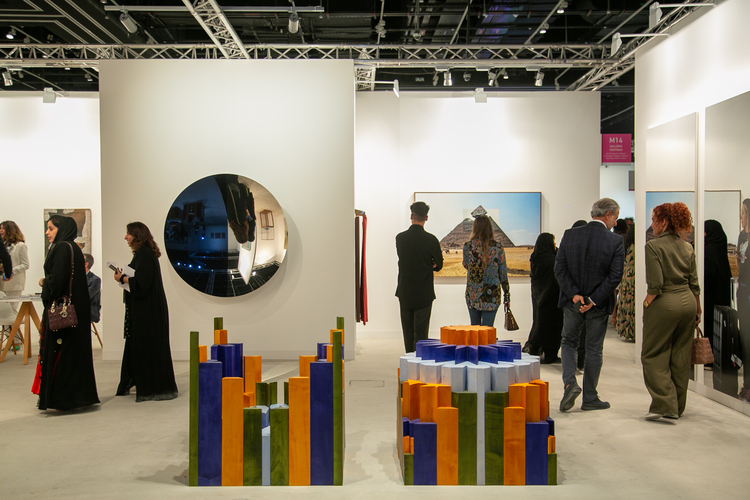