The History of Women’s Suits 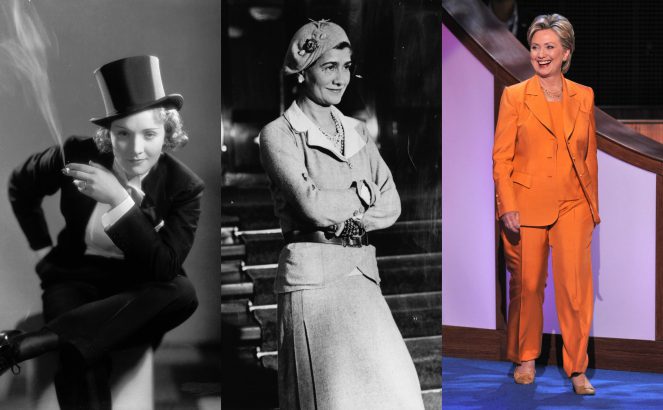 The history of Women's Suits

Any history of fashion is closely connected with the development of society. Do you want to know how the suit appear in the female wardrobe? What did it mean at that time? Who should we thank for the suit? Read the article to find out the answers.
Share
Pin1.0K
Tweet
Share
1.0K Shares

The female suits have a rich and exciting history that deserves some exploration. Not so long ago, it was a fierce political statement for a woman to be wearing a suit and in some cases even illegal. Now a fashion staple and a symbol of power, we wonder when and how the women’s suit began to blur the lines of the strict gender binaries imposed by society. Below is the evolution of the power suit, and what that evolution means.

The earliest women’s suits were Riding habits, which were a formal habit for riding. The suits allows women more comfort

In the 19th century, it first became socially acceptable for women to wear an iteration of a suit for outdoor activities—particularly, swimming. These first “women’s suits,” aka bathing suits, showed little to no skin and were purely for function. Though just a baby step, this was the first noteworthy moment in the transition from floor-length Victorian-era dresses.

In the late 1800s, French stage actress Sarah Bernhardt scandalized Paris by wearing a custom-made trouser suit, which she called her “boy’s clothes. She received backlash for her choice of menswear, making her the unofficial pioneer of the women’s suit. Mad props to Ms. Bernhardt’s emphasis on androgyny in art and fashion. She continued to blur gender roles when she played Hamlet in 1899.

The century European women wore tailored jackets with long skirts, called costumes, for activities such as riding, archery, and walking. Trendsetters adopted them for everyday wear, and by 1905, they were common suits for women. While The American Ladies’ Tailors’ Association created the “suffragette suit” in direct response to the hobble skirt, which was hemmed so tight at the ankles that it made it hard for a woman to take unrestricted steps. 2The hobble skirt was often mocked for contradicting the progress that women were making at the time. Providing women with more freedom to move, the suffragette suit was worn to combat legislation that sought to enforce the mandatory wearing of corsets and a hemline no shorter than one inch off the ground.

The year Coco Chanel designed her first suit—a fur-trimmed jacket with a matching ankle-length skirt. The iconic skirt-jacket combo quickly became a fashion staple and has reigned supreme for a hundred years and counting. “I gave them real arms, real legs, movements that were authentic and the possibility to laugh and eat without, necessarily, having to faint,” – Coco said. Grace Lees-Maffei, author of Iconic Designs: 50 Stories About 50 Things pointed out, “When Gabrielle ‘Coco’ Chanel began designing, the suit was already associated with women’s emancipation, having facilitated female participation in the ‘man’s world;’ or urban work and leisure, as well as being favored by the suffragettes. Chanel successfully developed a suit that accommodated the rapidly changing lifestylee of modern women.”

In the 30s, Hollywood icon Marlene Dietrich certainly started something when she appeared at the opening of The Sign of the Cross, wearing a masculine tuxedo, wing collar, soft felt hat, mannish topcoat, and a pair of mannish patent leather shoes. It actually reached Congress and they had to decide whether or not the new styles violate the law forbidding women to “masquerade as men”. She helped popularize the look with her slouchy stylish way of wearing the suit.

Following Chanel’s lead, French designer Marcel Rochas took women’s desire to wear suits and to wear pants one step further by marrying the two together to create the pantsuit in 1932. The suit was gray and woolly, with trousers that matched a jacket and big shoulders.

The Mexican American woman zoot suiter, or Pachuca, came onto the scene in 1940s California and the Southwest, right in the middle of World War II. It was part of a Mexican-American subculture, generally representing “working-class and second-generation Americans whose parents have emigrated from Mexico to urban centers. Pachucas defied stereotypical gender roles on all fronts, especially fashion. They associated with feminism because they rejected the idea that women could be just wives and mothers. Their pantsuits symbolized liberation and independence.

Katharine Hepburn showed us that a man’s suit could actually be quite feminine. Her film Woman of the Year made the suit iconic and a wardrobe staple for working women. Straying far from the typical sequined dress look, she became an alluring symbol of liberation and independence for women. In a 1981 interview with Barbara Walters, she famously statedd, “I’ve just done what I damn well wanted to and I made enough money to support myself, and I ain’t afraid of being alone.”

In 1966, Yves Saint Laurent introduced le smoking, the first tuxedo suit designed for women. The revolutionary suit for women was one of the first androgynous looks to break into the realm of mainstream high fashion. Not surprisingly, the suit’s initial debut faced a generally negative response from the public but has since become a household staple. In a 1981 interview, he called it his most important design, and an updated version has been included in every new collection from the brand. “So, dressing in a YSL trouser suit declared the wearer was irreverent, daring, and on the cutting of fashion, whilst suggesting their alignment with burgeoning feminist politicss — le smoking effectively demanded: ‘If men can wear this, why can’t I?'”

The 1970s were marked by Bianca Jagger and her iconic white pantsuit—a pinnacle moment for women and suits. A wide trouser and tailored jacket gave life to a new species of a casual breed of suits for women. The paparazzi’s capture of Jagger’s fierce look catapulted the suit to the forefront of pop culture.  On the other side of the coin, Annie Hall, Diane Keaton’s character: carefree women who fought society’s gender ideals by wearing men’s clothing in a flippant, plain way. The New Yorker observed, “The Annie Hall clothes are a show of confidence.” In a time during which women weren’t allowed into restaurants wearing trousers (á la Manhattan restaurant La Côte Basque, which refused to let New York socialite Nan Kempner in with her le smoking on), it was a bold move to don some slacks.

A decade characterized by a dress-for-success mentality, sales in women’s suits rose drastically in the 1980s. Designers like Giorgio Armani gave the suit their own flavor; stylistically, they became boxier with a looser fit, refreshingly removing the emphasis on gender. And voila, the art of “power dressing” was born (as was the long lost art of the shoulder pad). According to Daily Worth, a women’s lifestyle site, “Armani managed to completely revolutionize women’s fashion, particularly for the serious ‘career girls’ out there. His new tailored trouser and skirt suits took the sex out of fashion and gave it a much-needed hit of seriousness.” Not every designer believed that to be powerful meant to play dress up as a man in the boardroom. Enter Ms. Donna Karan. She got rid of the boxiness of a male jacket and let women believe they could walk into a room looking feminine and still own respectability.

Nowadays women can wear pink, not just powerful red, in the office. They can wear floral’s and lace. They can wear leopard print shoes and flats. Giorgio Armani, who made the power suit famous, recently said that women no longer need to wear powerful-looking clothes in order to earn respect from their peers in the workplace. It used to be all about the power suit but now more fashionable and feminine items are considered just as powerful.  With jeans allowed as regularly in the office as blazers, women no longer feel the need to impose their status of power through suits. Women are re-asserting their femininity by wearing dresses and skirts—a new type of power play. As Giorgio Armani said: “Women have edged out their standing in the world. Today, they don’t have to wear a suit jacket to prove their authority.”

Let’s have a look at the outfits in suits nowadays.

Have you got a suit in your closet? What color is it? Do you think the era of power suit is  gone? 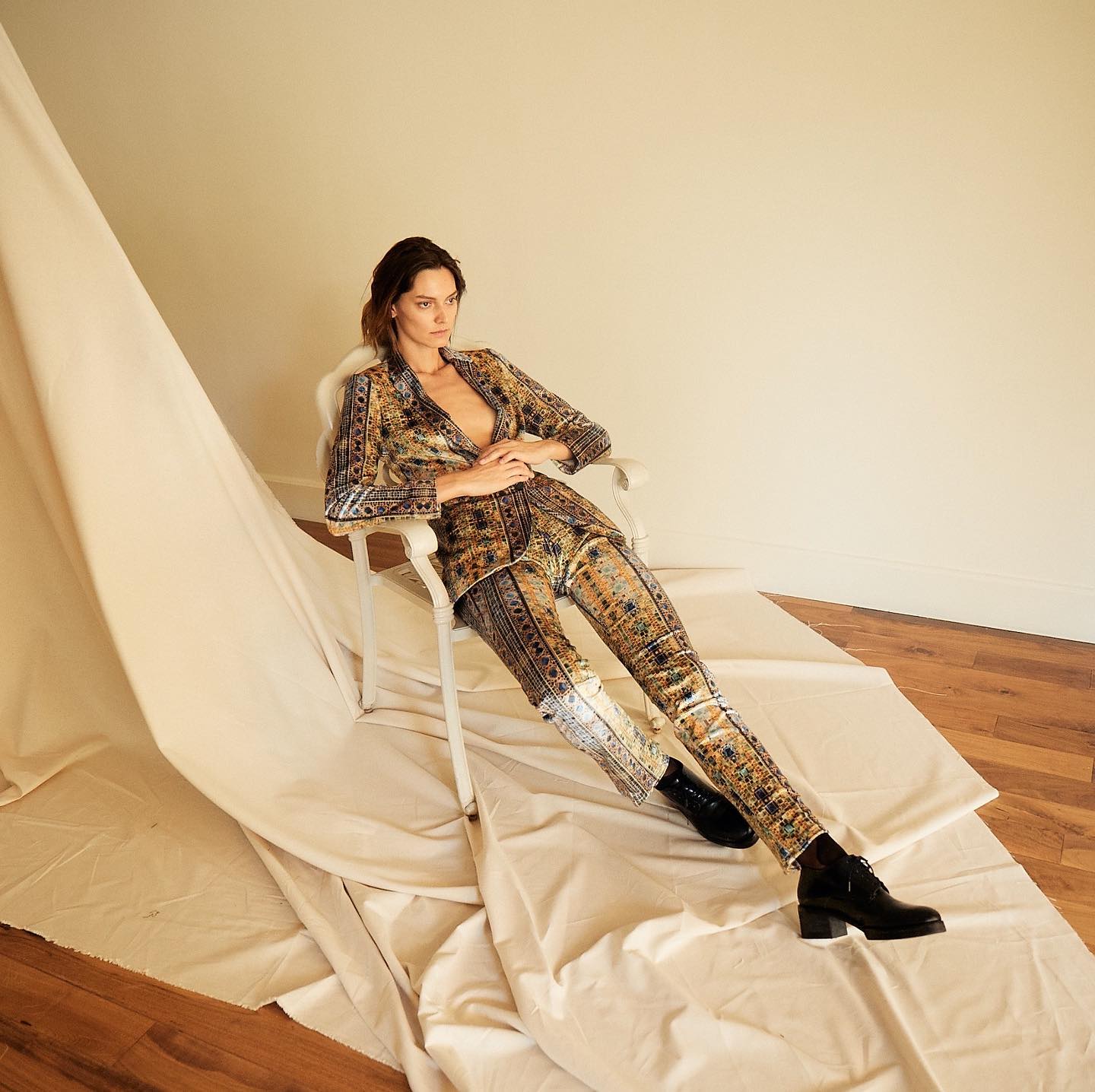 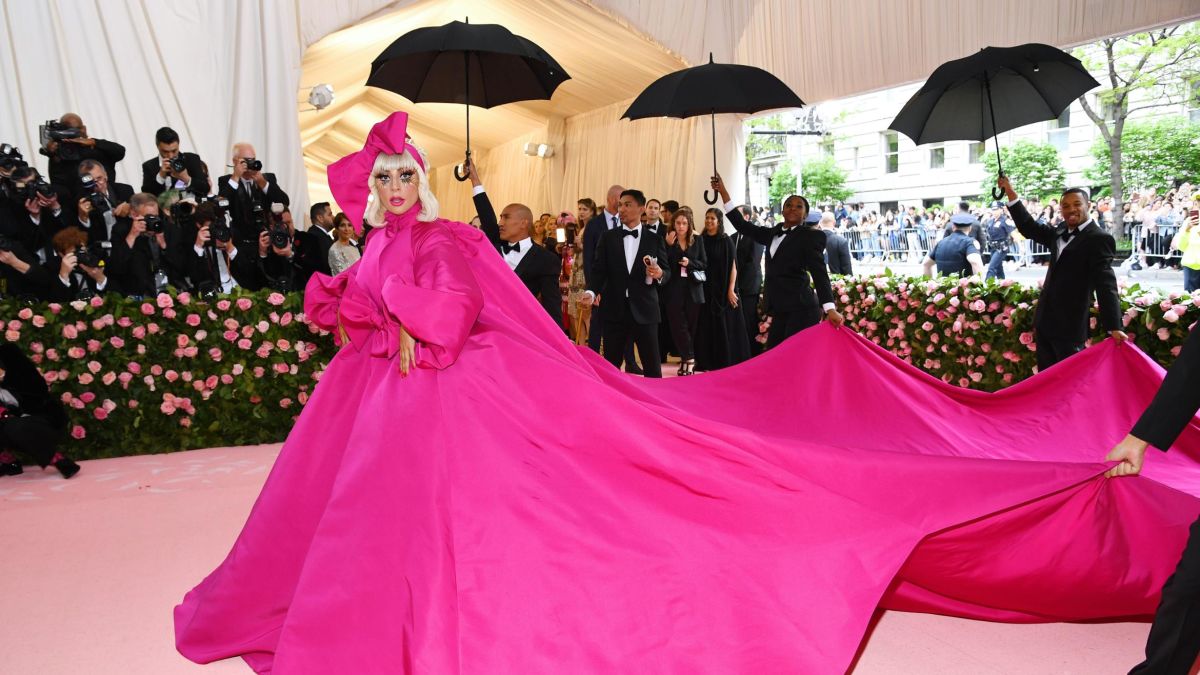 Everything You Need to Know About the MET GALA 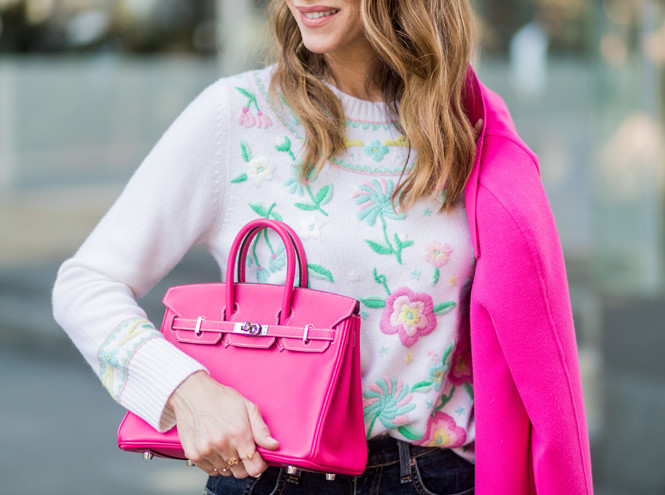 1 thought on “The History of Women’s Suits”